If You Care About Fort Bragg 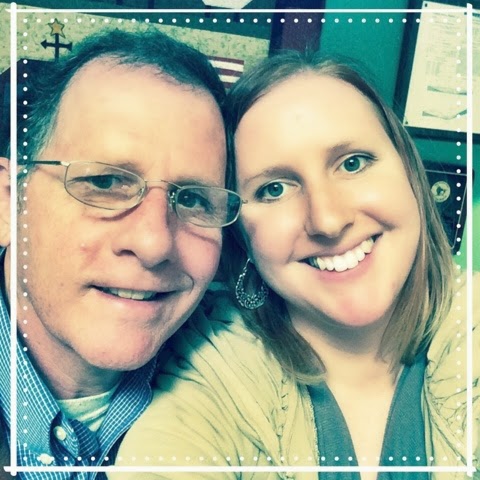 I am a small-business owner and the mother of two little kids, and I still want to be like my dad when I “grow up.” As many Fort Bragg locals know, my dad is my mentor in business. He has run his own business successfully for 36 years, and I aspire to do the same. At the same time, he somehow managed to balance his marriage and to raise his four kids—never missing a swim meet or a basketball game—and I aspire to do the same. My father raised us all in Fort Bragg, where he was born. I came home to raise my own kids in Fort Bragg too. I now manage my own business in downtown Fort Bragg—just like my dad. Fort Bragg is the perfect home for my business and family.

But my father also does something I could never do: my dad is the mayor of Fort Bragg. He has been elected to our city council four times, and been elected mayor four times. For 15 years he has worked hard to help the people of our community. When cities all around the country were going bankrupt in the last economic downturn, my dad’s vision and leadership kept Fort Bragg not only afloat, but also growing. He has helped with many projects we use and enjoy every day: the trestle, the new coastal trail, the beautification of downtown, the C.V. Starr Center. He played a large part in keeping the community college on the coast, and he always considers the needs of the less fortunate members of our community.

However, the last few months have been an emotional struggle for me. I have watched my dad’s character being attacked, seen his actions and motives being questioned. It has been horrible to witness my dad being treated so badly. And yet many locals do not even realize this is going on. Many people voted for my dad, put their faith in him, and moved on with their daily lives, knowing that they have a good person in office who will use his good judgment to help our community.

This past election was the first time in 12 years that a Fort Bragg city council election has been dirty and disgusting—and the attacks haven’t stopped. A very loud group of people tried very hard to campaign against my dad in this election, because he did not support the attacks on the city manager. They are upset that he is still on council and once again Mayor. They have continued to attack him, his integrity, his livelihood, and his family. And now, only three months after the election, they are talking about a recall.

For months my dad has asked me to not get involved and to just be his silent supporter. And I know he asked this so that I would not be caught in any crossfire. And while I appreciate the thought, I can no longer stand by silently while one group of negative people threatens to tear him down. Especially now that a recall is being threatened. This is my town and my community. I care about it, and it is my livelihood. I think we need my dad, Dave Turner, on this city council to keep steering our town in the right direction. The direction of healthy growth, positive change, and helping one another.

I will no longer stand by and let fear tactics and slander hurt our town.

If you support my father, Dave Turner, if you love what he has done for our town, stand by him now, show your support, let the people who are on city council know they have your support and show the naysayers that you have Dave Turner's back.


The next City Council meeting is March 9th. It will be at the newly renovated Town hall. Please come see the beautiful renovations and show your support for Dave Turner. There will be a reception at 5:30 and the city council meeting will start at 6pm.


Please, come to the city council meetings every now and then—the first 30 minutes are Public Comment. Let's not let the negative people dominate every meeting as they have been doing since August.